After arrival to Delhi a full day city tour of New Delhi - Kutub Minar (UNESCO), the biggest brick minaret in the world with complex of buildings in early Afghan architecture. The Lotus temple, the beautiful blooming Lotus flower shaped building. Humayun´s Tomb (UNESCO), the unique example of Mughal architecture. The India Gate and drive around Government buildings. In the evening optional visit of the Red Fort to experience its famous Sound & Light Show. Overnight.

Morning train to Amritsar, a breakfast in the train. In the afternoon arrival to Amritsar, in the case of time a short walking tour in the city center. Transfer to Wagah village lying on Indo-Pakistan border where every evening takes place a special ceremonial „ Wagah – Attari border closing ceremony“, which really belongs to unique experiences. Return to Amritsar and in the evening visit to the famous Golden temple to see the “ceremony of transmission of holy book”. Overnight.

Breakfast. Visit to the Golden temple, which is most important place of Sikh religion.  It is spacious complex from white marble where inside lies the huge water tank and in the middle of it – like an island – shines Harimandir itself – the temple covered with copper plates gilded with many tons of solid gold. You can have a lunch in special Sikh canteen where almost 4000 people can eat together in one time. Next stop is Wall of Martyrs where Amritsar massacre took place. In the afternoon train to Delhi, a dinner in train. An arrival around 11 pm. Overnight.

Breakfast. Transfer from Delhi to Agra. After arrival a city tour of Agra, former settlement of Mughal Emperors with its Red fort (UNESCO) and the monumental tomb of Emperor Akbar (UNESCO). In the afternoon visit to most famous tomb and symbol of love Taj Mahal (UNESCO), overnight.

Breakfast. Transfer to the “ghost city” Fatehpur Sikri (UNESCO) which was built by Emperor Akbar the Great like new capital of Mughal Empire. Visit of Emperor´s palace from the red stone, huge Friday mosque and the white marble shrine of the great Sufi saint, Salim Chishti, who blessed Emperor Akbar with a son. In the afternoon transfer to NP Ranthambore (approx. 5 hours), which is one of the most famous tiger reserve in the country. Overnight.

In the early morning a safari in the NP Rantambore – watching of tigers, antelopes, birds and many other animals.  Return for breakfast and transfer to Jaipur (approx. 5 hours). Overnight.

Breakfast. In the morning visit to Amber Fort, a former settlement of local Maharajas with its famous Mirror Hall and Hall of Joy. Optional elephant ride to the Fort. It is followed by a sightseeing tour of the “pink city” Jaipur with its City palace with museum, the city symbol Hawa Mahal (“Palace of wind”) and astronomical observatory from 18th century Jantar Mantar (UNESCO). That evening enjoy shopping in the local market, world famous for its export handicraft & jewelry. Overnight.

Breakfast. In the morning flight to Goa, famous summer resort on the coast of the Arabic sea. Goa is a smallest indian state and former Portugal colony. Arrival in the afternoon, transfer to a hotel, relax on the beach, free at leisure. Overnight.

Breakfast. Free at leisure on the beach or optional tour in Old Goa:

A visit to the places, where was situated an old colonial metropolis nicknamed for its opulence the "Rome of Orient". Old Goa was founded in 16th century and till today take pride in Christian churches between which excels basilica Jesus and Se cathedral, which is the biggest church in Asia. Our tour will continue to the Hindu shrine Shri Mahalsa dedicated to female incarnation of God Vishnu and which presents an interesting fusion of Portugal and Hindu architecture. It will be followed by drive through a countryside and visit to one of the biggest Goa plantation Sahakari with tropical fruits and spices. During a tour you will get to know about growing of tropical fruits and cloves, cinnamon, pepper, cardamom or vanilla. Our tour will be finished with stylish lunch of local specialties served on banana leaf.

Breakfast. Free at leisure on the beach or an optional elephant trip:

Shanti is small village in the middle of the forest close to Tambdi Surla, ancient temple from 13th century devoted to God Shiva, which is famous thanks to its elephant farm. Our trip will begin with elephant show where you will see elephants dance, draw or play football. This is followed by elephant ride and lunch. After that you can watch and also actively participate an elephant bath. In the end you will visit the temple mentioned before.

Breakfast. Free at leisure on the beach. In the afternoon transfer to the airport and flight to Delhi. Overnight.

After breakfast a full day city tour in Old Delhi – great Friday Mosque, Red fort (UNESCO) a short walk in Chandi Chowk square. Raj Ghat – place where body of Mahatma Gandhi was burnt. Shopping activities in a local market or other optional program according to your wish. Transfer to the airport and departure.

Best time for visit:
JanFebMarAprMayJunJulAugSepOctNov
Price from:
The price is per 1 person in a double room and is just approximate. The price would depend on the number of travellers, date and required service’s standard. Write us and we will immediately send you our current rates. In addition, a 4.5% Government Service Tax is applicable on your trip billing.
950 EUR 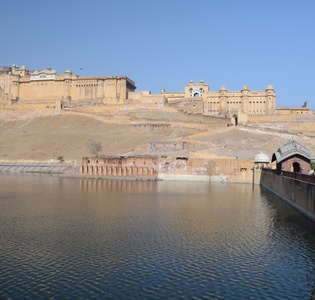 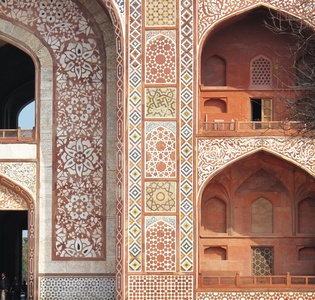 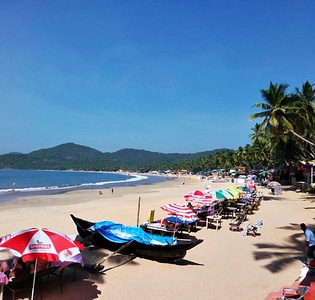 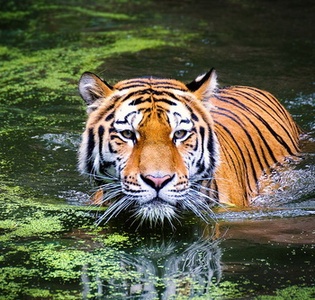