Flight from Delhi to Leh, the capital of Buddhist Ladakh lying at an elevation of 3500 m. Transfer to the hotel and enjoy leisure time, acclimatization, dinner and overnight.

Breakfast. A full-day city tour of Leh which is nicknamed the “Little Lhasa” thanks to its panorama of the Royal Palace which is reminiscent of the Potala Palace in Tibet. A visit of the Royal Palace, the Shanti Stupa with a beautiful view on the city, Tibetan market etc. Dinner and overnight.

Breakfast.  A full-day trip to the Pangong Lake which lies on the Indo-Chinese border. We will pass through a mountain landscape with unforgettable views, Buddhist monasteries and stupas. Passing through the Chang-La Pass with an elevation of 5360 m where the second highest road in the world leads. A short walk around the Pangong Lake with amazing views of the mountains with an elevation of 7000 m and maybe more. Return to Leh, dinner and overnight.

Breakfast. A full-day tour of the famous Buddhist monastery Thiksey, a visit of the monastery buildings, Tibetan pharmacy, temple and shrine with the most beautiful Buddha statue in India. It will be followed by visit of ancient Shey monastery with the summer Royal Residence and Hemis monastery located among rocky massifs. Return to Leh, free time at your leisure in the city, dinner and overnight.

Breakfast. Morning flight to Delhi. In the afternoon, a train to Amritsar, dinner on the train. Overnight in Amritsar.

Breakfast. Visit to the Golden Temple, which is most important place of the Sikh religion.  It is a spacious complex from white marble where a huge water tank lies inside and in the middle of it – like an island –the Harimandir itself shines. The temple is covered with copper plates gilded with many tons of solid gold. You can have lunch in a special Sikh canteen where almost 4000 people can eat together at one time. The next stop is the Wall of Martyrs where the Amritsar massacre took place, Amritsar Museum etc. In the afternoon,  a transfer to Wagah village lying on the Indo-Pakistan border where a special ceremonial takes place every evening the “Wagah – Attari border closing ceremony”, which really is a unique experience. Return to Amritsar and transfer by a night sleeper train to Haridwar.

Arrival in Haridwar and short transfer by car to Rishikesh which is considered the capital of yoga. It is a city lying on banks of the River Ganges in the foothills of the Himalayas and one of the holiest Hindu places. Many pilgrimage sites and shrines are located in its surroundings. Rishikesh is also a renowned centre of Ayurveda – the traditional Indian medicine. In the afternoon a city tour of Rishikesh centre with its shrines and ashrams. In the evening see the Arthi ceremony on the bank of the River Ganges. Overnight.

Breakfast, leisure time, optional yoga, meditation or cleansing processes in local ashrams. Optional tour to Rajaji National park, which is among the most famous Indian tiger reserves.  During the Safari you can watch tigers, elephants, antelopes and other animals. If possible, you will visit the local Gujjar tribe. Overnight.

In the afternoon, arrival in Varanasi and accommodation in a hotel. Varanasi is one of the oldest permanently settled places in the world and it is also holy city for the Hindu, Buddhist and Jain people. An afternoon walk on the ghats of the River Ganges, a visit to the burning ghats. Then a visit to Benaras Hindu University and Bharat Mata Temple with a relief map of the Indian subcontinent. In the evening, see the Aarti ceremony on the ghats. Overnight.

At morning twilight, a boat ride on the River Ganges around the ghats where thousands of people make morning rituals and cleansing in the holy river. Then you will walk to burning ghats where for thousands of years traditional funeral ceremonies have taken place. Return to the hotel for breakfast and in the afternoon a half-day sightseeing tour of Sarnath – an important Buddhist pilgrimage site. Visit to Buddhist temples, stupa where Buddha gave his first teaching and Archaeological Museum. Night sleeper train to Agra.

In the morning, arrival in Agra. Sightseeing of the most famous tomb and the symbol of love the Taj Mahal(UNESCO) with its spacious gardens and other interesting buildings. Return to the hotel for breakfast. This is followed by a half-day sightseeing tour in Agra, a former residence of Mughal Emperors with its Red Fort (UNESCO), monumental tomb of Emperor Akbar (UNESCO) etc. Overnight.

After breakfast, drive to Jaipur. On the way, a visit of Fatehpur Sikri, the former Capital of the great Mughal Emperor Akbar and see the Sikri Fort & Palace, Buland Darwaza and the white marble shrine of the great Sufi saint, Salim Chishti, who blessed Emperor Akbar with a son. Evening arrival in Jaipur and overnight.

Breakfast. In the morning, a visit to Amber Fort, a former settlement of the local Maharajas with its famous Mirror Hall and Hall of Joy. An optional elephant ride to the Fort. It is followed by a sightseeing tour of the “pink city” Jaipur with its City Palace and museum, the city symbol Hawa Mahal (“Palace of Wind”) and astronomical observatory from the 18th century Jantar Mantar (UNESCO). That evening, you can enjoy shopping in the local market, world famous for its export handicraft & jewellery. Overnight.

After breakfast, a drive to Delhi. In the afternoon, a sightseeing of Old Delhi that includes Old Delhi with the Jama Masjid mosque, Red Fort (UNESCO) and Chandi Chowk market. Then Raj ghat, the place where the body of Mahatma Gandhi was burned etc. Overnight.

Breakfast. A full day city tour of New Delhi - Kutub Minar (UNESCO) - biggest brick minaret in the world with a complex of buildings with early Afghan architecture. The Lotus temple, the beautiful blooming Lotus flower shaped building. Humayun´s Tomb (UNESCO), a unique example of Mughal architecture. The India Gate and drive around the Government buildings. In the evening, an optional visit of the Red Fort to experience its famous Sound & Light Show. Overnight.

Breakfast. Completion of Delhi sightseeing, shopping activities in a local market or another optional programme according to your wishes. Transfer to the airport and departure.

Best time for visit:
JanFebMarAprMayJunJulAugSepOctNov
Price from:
The price is per 1 person in a double room and is just approximate. The price would depend on the number of travellers, date and required service’s standard. Write us and we will immediately send you our current rates. In addition, a 4.5% Government Service Tax is applicable on your trip billing.
1270 EUR 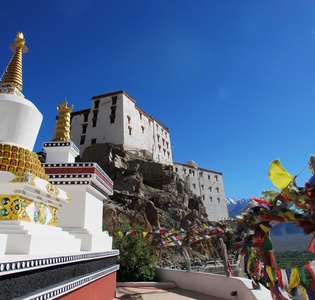 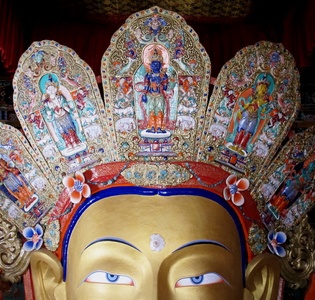 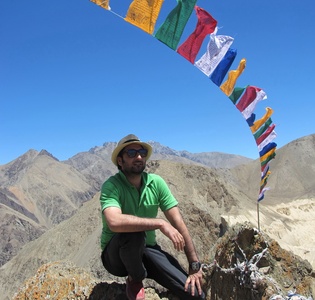 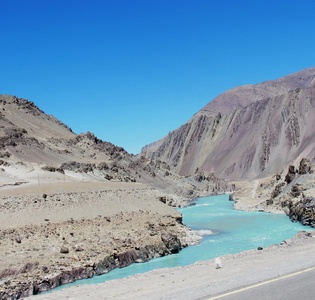 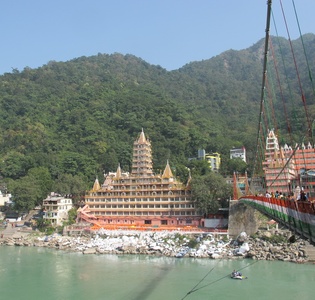 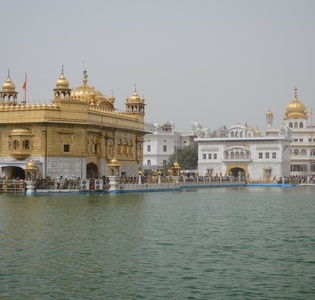 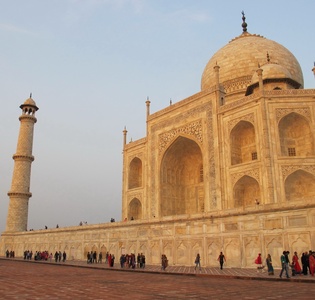